Did your SEO performance outcomes recently change? This could be the reason why….

Once or twice a year Google releases a broad core algorithm update. The March 12 update, called Florida 2, was typical: unannounced. Google acknowledged it only after industry leaders reached out with questions about performance changes they saw across a broad number of sites.

Broad core updates aren’t meant to impact narrow search-optimization tactics or sites. Their purpose is to improve the relevance of search results overall.

So what did Florida 2 impact? The search engine optimization industry isn’t sure yet. There was definitely movement in rankings on March 12 and 13. 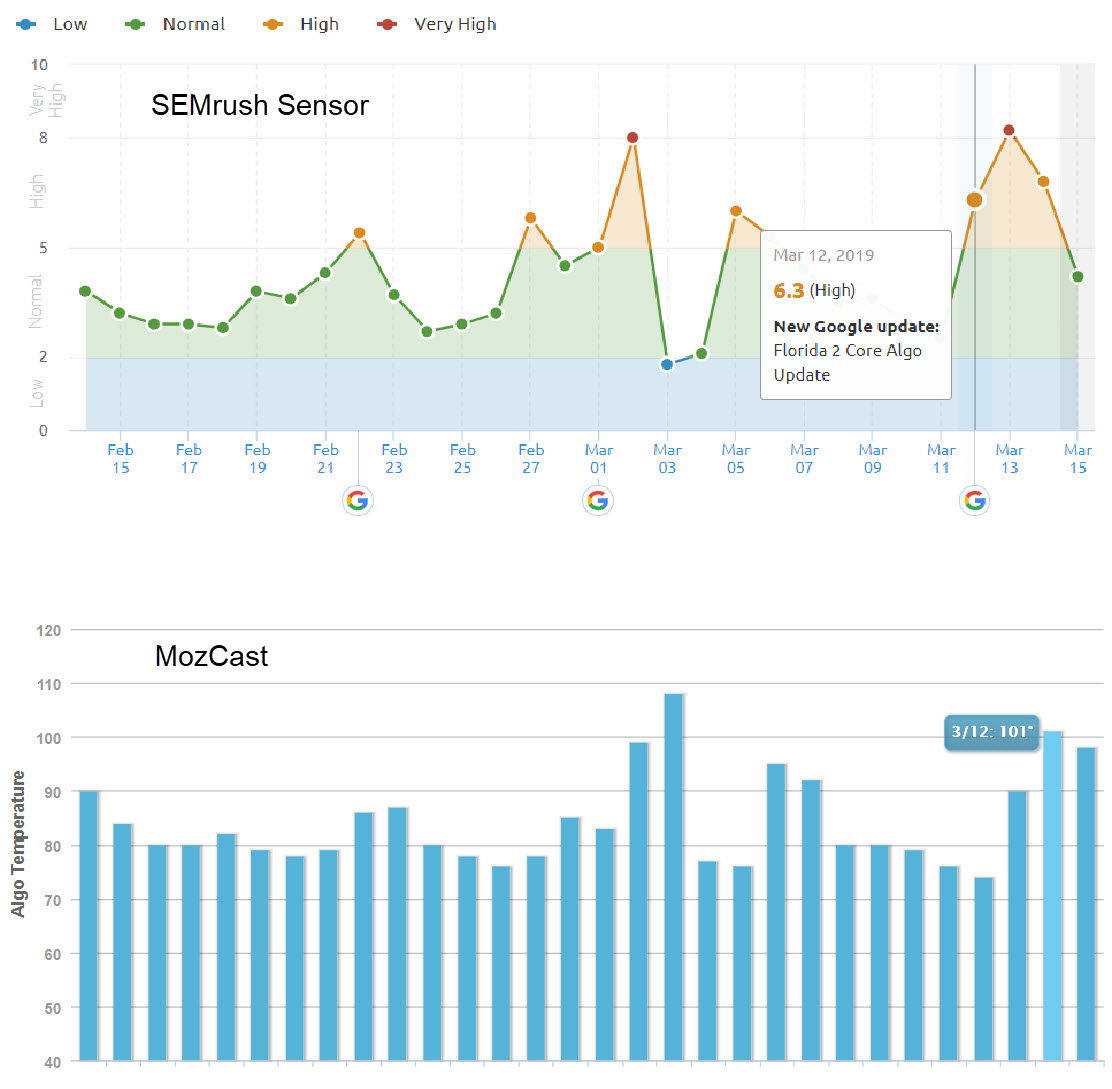 But when it comes to what Google has targeted in this update, it’s too early to establish a pattern — if there is one. Since it’s a core update, there may not be a distinguishable pattern to identify. (There were also spikes earlier in March and February at clearly defined points that Google has not acknowledged.)

Brett Tabke, founder of the PubCon conference and the WebmasterWorld online forum, speculates that this broad core algorithm update is behaving similarly to the original Florida update in 2003, which softened some of the impacts of the previous updates. As such, he dubbed this one Florida 2.

According to Tabke, “Originally, guidance from Google was this was going to be one of the largest updates we’ve seen in ‘a very long time’ (their words). So far, it doesn’t appear that is the case.”

Others in the industry dispute this and deny similarities to the original Florida update.

Regardless, what matters to you is the impact that Florida 2 — and any other algorithm change — has onyour site’s natural search traffic and resulting revenue.

In your web analytics program — Adobe Analytics, Google Analytics — go to the report that shows traffic from natural search. Segment it to Google only.

Did you lose or gain a material number of visitors on March 12 or 13? If the answer is yes, you have either been impacted by Florida 2 or your developer team released changes to your site, coincidentally, at the same time. Ask them to be certain.

Then head over to Google Search Console and check messages for anything regarding manual penalties, or trouble with crawl or indexation. Check the Performance tab for your average ranking, impressions, and clicks to verify that it’s showing a similar picture on March 12 and 13 as your web analytics.

These broad updates are the only algorithm changes that Google’s staff acknowledges. Even when they do have something to say, it’s typically meager in terms of helping site owners who may have been hit hard by the changes.

The last couple of acknowledgments have referred back to Google’s March 2018 statement from the official Google @searchliaison account on Twitter:

This advice is maddening because it reinforces that we’re at the mercy of Google’s perception of both searchers’ desires and the relevance of the content on our sites.

Instead of chasing the algorithm and seeking secret back doors to success, determine what your shoppers need to make a purchase decision. Then provide it. Find a way to engage with them within the constraints of your brand voice and business goals.